Home Europe Not all commissioners are treated equally
EuropeFeatured

Not all commissioners are treated equally

History, so the saying goes, is written by the victors, but it’s also rewritten by the losers, as they try to mitigate their losses and shift the blame.

In crude arithmetical terms, the Parliament was never more combative in its hearings for a new College of Commissioners. The body count of three rejected candidates compares with just the one rejected in 2014 and 2009 and two in 2004. But Sassoli exaggerates the “maturity” of the Parliament’s conduct in the hearings, which were uneven, to put it kindly.

There was an early bout of blood-letting that did for Rovana Plumb (center-left) and László Trócsányi (center-right) and mortally wounded Sylvie Goulard (liberal) — before the political groups called a truce. Thereafter, MEPs seemed to lose their appetite, though they stirred themselves to subject the replacement nominees — Adina Vălean, Olivér Várhelyi and Thierry Breton — to a more rigorous examination.

Notably, the Parliament gave a free ride to Josep Borrell, the Spaniard chosen by the European Council as high representative for foreign affairs and security policy, which carries with it a vice presidency of the Commission. Although the Parliament votes separately on whether to endorse the Council’s choice of Commission president (in this case Ursula von der Leyen), there is no separate vote on the Council’s choice of high representative.

What has not been tested in the first 10 years of the Lisbon Treaty is what would happen if the Parliament objected to the person nominated for this double-hatted post: While the high representative position is in the gift of the Council, the Commission element is subject to the Parliament’s approval of the entire college.

A comparison of the treatment of Breton and Borrell suggests neither rigor nor consistency.

Breton was proposed for the same portfolio that von der Leyen had previously designated for Goulard — commissioner for the single market, with wide-ranging responsibilities for different economic sectors. Given Breton’s record as the boss of various large corporations and more than a dozen other directorships, MEPs were understandably concerned about possible conflicts of interests. It seemed inevitable that he would be developing policies that would have economic and regulatory implications for companies that he had known from the inside.

MEPs repeatedly asked him how he would resolve conflicts of interest. French MEP Manuel Bompard read to him from the code of conduct for commissioners: “Members shall avoid any situation which may give rise to a conflict of interest or which may reasonably be perceived as such.” 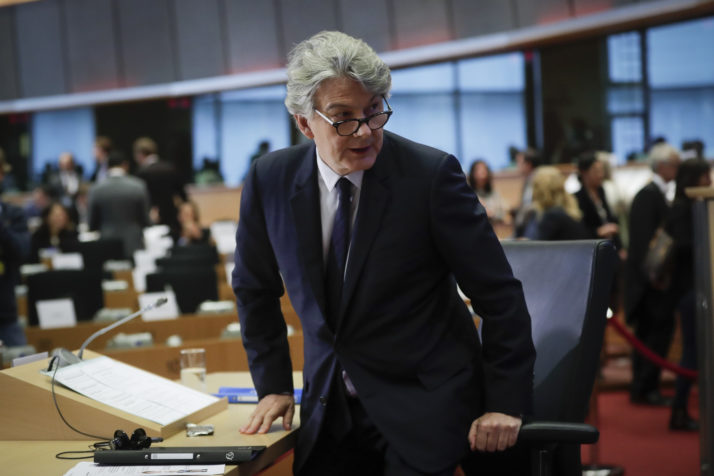 European Commissioner in charge of internal market, French Thierry Breton during his hearing before the European Parliament in Brussels, Belgium, November 14, 2019 | Olivier Hoslet/EFE via EPA

Breton was well aware of these concerns. He announced at the start of his hearing that, without waiting to be confirmed in office, he had already sold all his shareholdings. During the hearing, he spelled out how decision-making would work in the Commission on matters affecting his old companies. It was enough to win over the MEPs, albeit narrowly.

The scrutiny of Borrell was altogether different. In his declaration of financial interests, he had listed shareholdings in Bayer (€12,390), Iberdrola (€11,391), and BBVA (€40,185). The judicial affairs committee, which scrutinized all such declarations from prospective commissioners, asked some supplementary questions, but was satisfied by his response.

His hearing, before the foreign affairs committee, was overwhelmingly devoted to questions about foreign policy, though two MEPs did ask about his financial dealings. Latvian center-right MEP Sandra Kalniete drew attention to a €30,000 fine for insider trading, relating to the sale of shares in Abengoa, a biofuel company of which Borrell was a director. He had sold shares in the company at a point when it was on course for bankruptcy and such a sale was forbidden.

He repeated that argument when quizzed about conflicts of interest by Markéta Gregorová, from the Czech Pirate Party, who asked whether he would sell all his shares. Borrell again denied any wrongdoing and said he saw no problem with his shareholding in Iberdrola, a Spanish energy company. However, grudgingly, he said he would sell the shares if the committee told him to do so. (It did not.)

Treaty revision is no substitute for consistent and conscientious application of the rules and procedures already in place.

Gregorová also referred to his “forced resignation” from the European University Institute (EUI), to which he made no response. In 2012, Borrell was forced to resign his position as head of the EUI, a research university in Florence, a post he had taken up in 2010 after leaving the European Parliament. He had also taken a directorship of Abengoa, on a salary of €300,000 a year, but had not disclosed this directorship to the EUI, even though he went on to promote research programs into renewable energy. When researchers and professors learned of this conflict of interest, they were appalled, but Borrell made matters worse by denying there was any damage to the EUI’s reputation and blaming a procedural error.

So here were two candidate commissioners posing entirely different problems. Breton was very clear what a conflict of interest was, knew that he presented difficulties and had pre-empted many of them by selling all his shares.

Borrell, on the other hand, had shown repeatedly that he didn’t know what a conflict of interest was, denied that he personally presented any difficulties, and was reluctant to offer any concessions to assuage such concerns. Borrell has a scientist’s fondness for conceptualization, building up from first principles. But that makes him blind to how others might see things. He is clever, but uses his intellectual suppleness to convince himself that he has done no wrong. And once he has reached a conclusion, he refuses to budge.

So how to compare the Parliament’s treatment of the two men? The kindest possible interpretation is that the MEPs on the foreign affairs committee wanted to talk to Borrell about foreign affairs, whereas the combined membership of the industry, research and energy committee and the internal market and consumer protection committee had a more direct interest in Breton’s business experience (and investments) and its interaction with future EU regulation.

It’s also relevant that MEPs regarded Breton as an outsider (more as a business titan than an ex-minister), whereas they saw Borrell as one of their own — a former president of the Parliament. Yet Borrell is less of an EU insider than he might appear — he served only five years as an MEP and his appointment as president immediately on arrival was a near-accident (in 2004 the Italians and Spanish in the center-left group balked at giving the post to a British candidate, given Tony Blair’s support for war in Iraq). Nevertheless, it suited the Parliament’s own self-image to play up Borrell’s EU credentials. 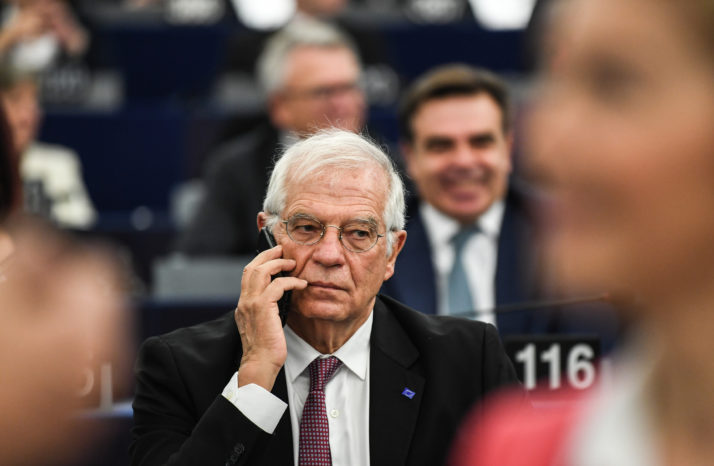 Nor should one underestimate the importance of Borrell arriving in front of the Parliament with the endorsement of the European Council already in his pocket, though there is little evidence that French President Emmanuel Macron, German Chancellor Angela Merkel and the others had carried out due process on Borrell. It’s doubtful that they had looked at the EUI episode. Rather, they needed a southern European and someone allied to the Party of European Socialists, to offset giving the Commission presidency to von der Leyen and the ECB presidency to Christine Lagarde, both from the center-right.

Macron, who was intent on securing the European Council presidency for Charles Michel, a francophone Belgian liberal, was happy to buy off Pedro Sánchez, the Spanish prime minister, with the post of high representative for Borrell.

Next week, Macron will return to Brussels for an EU summit, pushing for the launch of a Conference on the Future of Europe, aiming at further treaty reform. The Parliament too is readying itself for the inter-institutional fray, hoping to extend its powers, and Sassoli has already fired some warning shots to that effect. Collectively, however, the EU ought to consider, before it embarks on another round of constitutional theorizing, that some of its current practices are capricious, bordering on shoddy.

Treaty revision is no substitute for consistent and conscientious application of the rules and procedures already in place.

Trump: I was asking Zelenskiy to help America, not me

Coronavirus second wave: Which countries in Europe are...

The Swiss art of automata now part of...