Home Europe Why we still take to the streets
EuropeFeatured

Why we still take to the streets

Vijai Maheshwari is a writer and entrepreneur based in Moscow. He tweets at @Vijaimaheshwari.

MOSCOW — The Joker with his chalky face and mocking red grin is everywhere these days. As demonstrators raged across the world, the costumed antihero has become a symbol of the powerless everyman who rises up against a corrupt and cynical elite.

The phrase “We all are Jokers” was spray-painted onto a statue in Chile during street protests, while protesters in Beirut, Iraq, Paris and elsewhere have worn Joker masks. In Hong Kong, demonstrators painted their faces with the supervillain’s likeness after facemasks were banned.

The other thing all these protests had in common is that their power was concentrated not online, but in the streets.

It’s no coincidence that old-school offline protests are back in vogue. As governments and populist politicians become better at trumpeting their own version of reality, frustrated detractors have no choice but to power off from their devices and head out the door to vent their anger.

We’re still social animals despite everything — it’s easy to dismiss a tweet storm; it’s harder to ignore protestors blocking the airport, striking to shut down essential services or disrupting the commercial life of a busy metropolis.

Governments can always organize their own counter-protests, of course, but humans are harder to manipulate than anonymous bots in a troll farm.

From Hong Kong to the Yellow Jackets of Paris, to the Middle East, South America, India, Africa and even autocratic Russia, this year has seen brave protestors come out in the hundreds of thousands to rage together against the machine of crooked and cynical government.

Brutal massacres of demonstrators in Iran and arbitrary arrests in Hong Kong, Moscow and elsewhere haven’t slowed their momentum. Instead, police crackdowns and government brutality has mostly served to embolden and further inflame the protests.

There was a time not so long ago when it seemed a critical news article or trending Twitter hashtag could be enough to bring down a government — or at least force a cabinet reshuffle and a public apology. But governments have evolved and adapted to the digital zeitgeist. They’ve become adept at turning their detractors’ social media savvy against them. 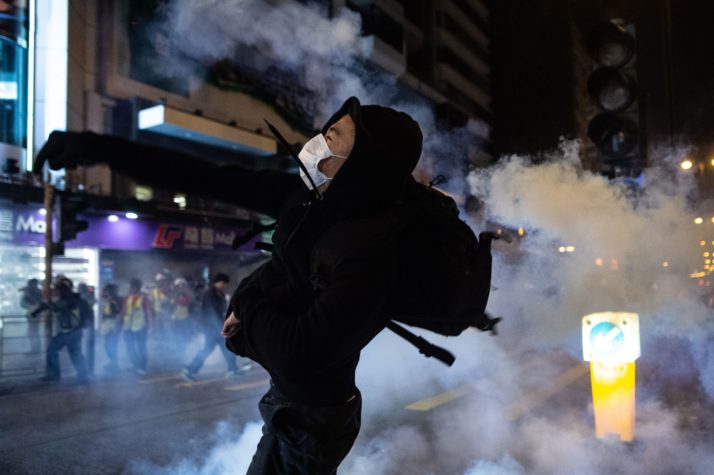 Big and powerful governments across the world are unleashing trolls to push back against angry online critics, labeling their accusations as “fake news” and dismissing protestors as terrorists, thugs or traitors, while rallying their supporters to spread their version of events.

World leaders like U.S. President Donald Trump, who has over 67 million followers on Twitter, have embraced social media, and can strike back at critics with their own tweets. It’s become all too easy dismiss online rage as purely partisan in nature.

The Chinese government is said to be behind tens of thousands of Twitter and other social media accounts attacking the protestors in Hong Kong. The Kremlin is said to control numerous troll farms that spread disinformation and discredit critics of President Vladimir Putin’s regime.

Online fame can be dangerous in dictatorships. Russia passed a law earlier this year allowing courts to jail people for online “disrespect” of the government, including Putin. Egypt, Iran, Syria and other autocratic nations routinely arrest and jail bloggers and activists for tweets critical of their governments.

Iran shut down the entire internet during violent protests last month over a hike in gas prices. The Kremlin now also has the capability to seal the country from the global web in an emergency.

Governments have a harder time squelching street protests. When frustrated citizens gather in large numbers to vent their frustrations, even propaganda and trolling can’t silence the rage.

During this summer’s protests in Moscow for open and transparent local elections, surveys showed that a majority of Muscovites supported the agitators despite the Kremlin’s claims that they were foreign agents financed from abroad. 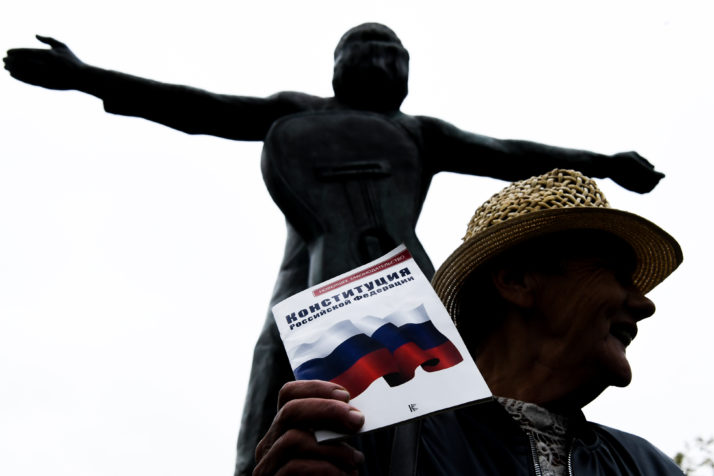 Under public pressure, many prison sentences for activists were reduced or commuted. The Kremlin’s United Russia party also suffered massive losses in the subsequent elections, proving that the protesters had broad public support.

To be sure, social media does play a role in the modern street protest, facilitating their organization and spreading their message.

The recent resurgence of protests in Egypt was inspired by videos critical of the president that were posted online by an expatriate Egyptian whistleblower.

As our world becomes increasingly connected, it’s easy for young people living under autocratic government to see the online freedom their counterparts in the West enjoy and imagine that they could do the same at home.

Demonstrations are becoming an extension of our digital lives.

But often they can’t. Freedom of expression might seem like a universal right online but it’s not. And it’s that disconnect between the online and real worlds that fuels their discontent, and spurs many to take to the streets in anger.

In wealthier countries, digital vanity also plays a role. Protests are an opportunity to post photos and videos, and boost social media profiles. Vanity Fair called this form of protesting “doing it for the ‘gram.”

The irony of social media is that while it keeps us addicted to our phone screens, it can also simultaneously push us to get out there and generate content to feed the online beast.

With authoritarianism on the rise and democracy in retreat — but our connected phones a daily portal into an uncensored world — discontent is the stepchild of our social media addiction. Street protests are just a Facebook call-to-arms away. Demonstrations are becoming an extension of our digital lives.

Though autocratic governments can arrest the ringleaders of the movement, Todd Phillip’s brilliant Joker film has shown that protests are increasingly leaderless and can coalesce around a single, powerless individual who captures the public imagination.

Like with a multi-headed Hydra, chopping off the head doesn’t stop the beast from biting back.

As we kick off a new year and enter a new decade, expect more protests ahead. As the world warms as a result of climate change and dissatisfaction with the old world order reaches a boiling point, the next 10 years are likely to give a whole new meaning to the phrase, “the roaring twenties.”

Von der Leyen: UK trade deal may not be possible by end of 2020

Winter fishing season has come once again to...

France: Paris will be put on maximum alert...