Home Europe Dear citizens, give us your money!
EuropeFeatured

Dear citizens, give us your money!

Welcome to Declassified, a weekly column looking at the lighter side of politics.

Mexico is considering holding a lottery to get rid of of the nation’s presidential jet.

One of leftist President Andrés Manuel López Obrador’s campaign pledges was to not use the Boeing 787 Dreamliner that came with the post and travel in cattle class instead. He said the plane was a poor use of resources in a country where many live in poverty.

López Obrador — picture the U.K.’s Labour leader Jeremy Corbyn if people actually voted for him — tried to sell the plane, valued at €117 million, but with no luck and the jet, which can carry 80 people, is gathering dust in a hangar.

Now he wants to hold a raffle and is hoping to sell 6 million tickets at 500 pesos (€24) each, with the plane going to the winner. That’ll be a tough sell as the minimum wage in Mexico is 123 pesos a day. But if it works, maybe some European countries could borrow the idea. Here’s a few suggestions:

What do they need the money for? Big Ben bongs

There’s been an almighty row about whether Big Ben should ring out as the U.K. leaves the EU on January 31. At first, Boris Johnson said his government was “working up a plan so people can bung a bob for a Big Ben bong” [translation for non-Brits: “We don’t have the money for this, but maybe you could give us some”] but was later forced to backtrack. The cost of halting ongoing restoration work at the Palace of Westminster and getting the bells into a state where they can be rung was put at £500,000.

What do they need the money for? Paying people to get dressed

The Italian working day just got either a little longer or a little more naked. A court ruled that getting dressed in the morning is part of an employee’s official duties. It sided with a policeman who was captured on CCTV punching a time card in nothing but his underpants and a T-shirt. After clocking on, he went back to his apartment to get dressed for the day. The court acquitted him of the charge of defrauding the state of public funds.

What do they need the money for? Davos

Hosting the world’s elite doesn’t come cheap. This year, 52 heads of state or government and more than 100 billionaires were due at the annual skiing, canapés and bullshit festival in the Swiss Alps, and it costs a lot t0 look after them. Switzerland deploys up to 5,000 of its military, costing around 32 million francs (€29.7 million), which comes from the regular defense budget. Additional security expenditure comes in at around 9 million francs (€8.3 million). Details of the size of the budget for sausage rolls were unavailable at the time of going to press.

Can you do better? Email [email protected] or on Twitter @pdallison74

Last week we gave you this photo: 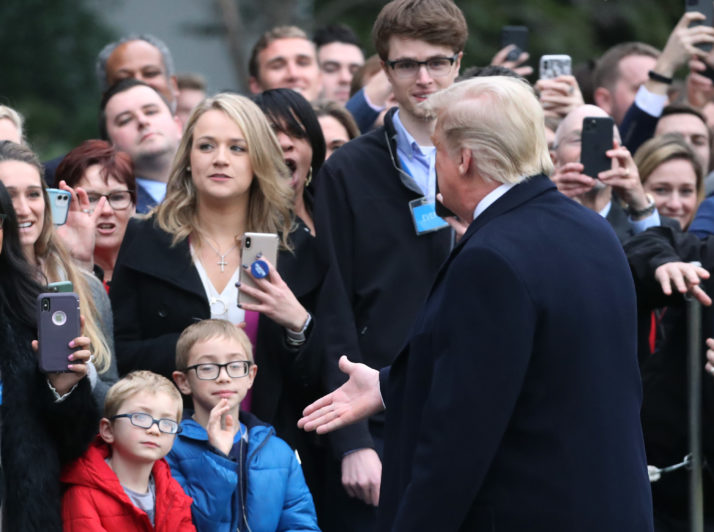 Thanks for all the entries. Here’s the best from our post bag (there’s no prize except for the gift of laughter, which I think we can all agree is far more valuable than cash or booze).

“Shake my hand or your mom gets it” by Mike Oehlers

EU sets up WTO court with group of countries without US

Italy offers boosters to those over 40 amid...

Japan to place Tokyo under state of emergency...

UK government hits back at Premier League over...