PARIS — France’s controversial pension reform has entered its final stretch after weeks of massive strikes that paralyzed the country.

The government on Friday presented the draft law at the Elysée before shipping it to parliament amid growing public discontent both about the reform and the strikes.


French President Emmanuel Macron told ministers in a Cabinet meeting that the government was providing “an important and useful moment of clarification” vis-à-vis the reform, “a massively redistributive” one, government spokeswoman Sibeth N’Diaye told the press.

While strikes have slowed down in intensity, polls show opposition to the reform growing in the wider public, a red flag for Macron who intends to make it a marker of his reformist drive.

The government has mostly held its ground on the core part of the reform, to create one universal system instead of the current 42 different regimes. It put the ball back in the unions’ court on retirement age, the reform’s second pillar, giving them three months to consult and come up with alternative proposals.

The executive branch says the reform will make the system fairer and help prevent a deficit set to reach between €8 and €17 billion in 2025, according to official figures. But critics say it will result in people having to work for longer and increase social inequalities.

The original plan, increasing retirement age with full pension from 62 to 64, has infuriated trade unions, which have led protests against the reform since December.

Studies suggest that one in two French people oppose the reform, according to a survey conducted by polling company OpinionWay.

“Opposition to the reform has actually increased: One in three people in France were against it in November but after Christmas holidays … almost one in two [respondents] (48 percent) were opposed to it,” Frédéric Micheau, director of opinion surveys for OpinionWay, told POLITICO.

“However, we’ve found an interesting paradox: there is also a growing form of resignation regarding the bill, with the majority of respondents telling us that we will have to go through it anyway,” he added.

France’s CGT union’s leader, Philippe Martinez, a leading opponent of the reform, vowed to keep going with the strikes, starting next week. The reform-minded union CFDT — France’s largest — and UNSA, which both initially opposed the reform but welcomed the government’s conciliatory gesture on retirement age, said “progress” had been made and vowed to “continue the negotiations” with the government to build the future universal retirement system.

Protests were ongoing in Paris and several major cities on Friday as the government met, raising doubts about its ability to end social unrest.

While Macron denounced violent outbursts in recent weeks, police forces are also under heavy criticism for several incidents of rough handling of protesters.

The government has presented two pieces of legislation, one laying out the financial framework for the reform and the other defining the new system and transition plan for 2025. The precise terms of the transition will be hashed out using an accelerated legislative procedure.

The government hopes that the accelerated procedure will avoid a lengthy parliamentary process, with the risk of social unrest spilling over to lawmakers.

While Macron’s LREM party holds a strong majority in the National Assembly — the Parliament’s lower chamber — the LREM group’s left wing stands ready to side with reformist unions if their input isn’t fully taken into account, Le Monde reported. 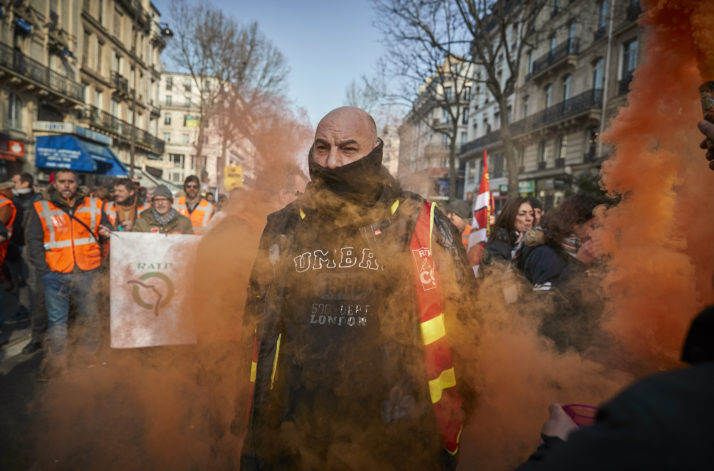 “Am I optimistic? Yes, because we have worked hard,” Philippe told French newspaper La Croix before the closed-door government meeting. “Reformist unions and employers’ organizations agreed to continue negotiations to improve the draft and we hope to find ways to bring our current system back to financial balance. I trust the parliamentary debates to further perfect the law,” he added.

The draft law is to be sent to the National Assembly where debates will begin mid-February. The government hopes to pass the bill into law by early March.

Strikes have crippled transport systems around the country and slowed many public services, angering the public and weakening the government ahead of local elections in March.

EU sets up WTO court with group of countries without US

Coronavirus second wave: Which countries in Europe are...

Pope Francis calls for an end to ‘hatred...

Belarus on general strike in protest against election...

COVID-19 vaccine: Fraudsters seek to cash in on...

France wants to ‘move from brain death to...

Biden tells Putin Russia must crack down on...